Bill Cawley in the Leek Post & Times, on “The enigma of an eccentric artist”…

“a Leek mystery … an artist named Frederick Murray von Kalkreith Brown, an eccentric artist of seascapes … I believe the artist was really named Frederich Murray von Kalckreuth Braun … He died in September 1933 attempting to rescue a painting [from a fire] but what led him to come to Leek will remain a mystery.”

Valda and others on Rootsweb kindly looked up the census material a decade ago. I summarise the long thread, in narrative form:

* A “Frederick Murray Von Kalckrieth Brown” was born 1856 in Islington.

Birth dates can be a year astray, since it was common to delay registration of male births due to the high likelihood of death for boys. The birth may have been 1855, but not registered until 1856 when the boy was thriving. I’m guessing it’s possible that “Kalckrieth Brown” was a convenient Anglicisation of his family’s German “Kalckreuth Braun”, but then why not also drop the “von”? Possibly because, to English ears, a “von” indicated the chance of some noble title?

* Married in Shoreditch in 1880. He is listed on the 1881 census as “Fredk. M. Brown”, his trade a Battersea watercolour artist.

* At 1891 he’s living at “9 Bleak Street, Burslem, Staffordshire” with his growing family. That street would today be classed by locals as being just over the border into Cobridge rather than Burslem. He works there as an “Artist and Designer”, presumably for one of the local pottery manufacturers. He moved to Burslem around 1889 or 1890, judging by the birth date and place of his one-year old son Leo B. Brown.

* If he retired in 1920 at age 65, then he and his wife may well have chosen the nearby town of Leek as the place of his retirement.

Not to be confused with Patrick von Kalckreuth (1892–1970), the leading German maritime painter of seascapes. Or with the influential London artist and teacher Frederick Brown (1851-1941). Nor with F. M. Brown the famous Pre-Raphaelite painter.

Some interesting authors going into the public domain in early 2018, having died in 1947:

Emilio Carrere (The Tower of the Seven Hunchbacks, later a cult film).

Laurence D’Orsay (wrote some ghost stories, had two stories in Weird Tales in the mid 1920s).

M. P. Shiel (The Purple Cloud, a landmark in science fiction, and a number of fantastical stories such as “The Pale Ape”. Lovecraft thought his “The House of Sounds”… “the most haunting thing I have read in a decade.” when he read Shiel circa 1923).

Hugh John Lofting (the Doctor Dolittle series, and the historical novel The Twilight of Magic about medieval England transitioning from magic to science).

Charles Henry Cannell (wrote as Jack Mann the ‘Gees’ series of rural supernatural detective novels, in which Gees battles warlocks and werewolves. Also a classic telling of the Adventures of Robin Hood for children).

Herbert Asquith (Wind’s End was the first novel of this son of the Prime Minister, “a novel of violence, mystery and crime detection” in rural England … “also a touch of the mystical here” … “unusually good in rustic characters”).

Charles Nordhoff (gritty sea adventure in the Mutiny on the Bounty trilogy of novels).

Hector Munro Chadwick (his theory of The Heroic Age, in book form in 1912, was an influence on the young Tolkien and tangentially the later sword-and-sorcery genre).

Marie Adelaide Belloc Lowndes (sister of Hilaire Belloc who produced a popular mystery-crime novel a year, one of which became an early feature-film by Alfred Hitchcock).

Harry Gordon Selfridge (The Romance of Commerce, a popular book-length survey of ancient commerce from Greece onwards, Bodley Head. Might be suitable for adaptation as a non-fiction graphic novel?)

Meredith Nicholson (the best-selling ‘haunted-house/inheritance/romance’ mystery The House of a Thousand Candles, and mystery/espionage thriller The Port of Missing Men).

C. Louis Leipoldt (a major Afrikaans poet whose poetry does not translate, but he also wrote “detective stories”. His English-language historical fiction Boer trilogy The Valley was only published posthumously and with radical surgery to the original drafts, and thus will not be going into the public domain).

John Archibald Watt Dollar (A Handbook of Horse-Shoeing, 1898 but not likely to be out-of-date due to the traditional nature of this rural craft).

In the USA, the 1960s playwright Joe Orton enters the Public Domain.

An interesting and well-reviewed new book, The War of the Wheels: H. G. Wells and the Bicycle. Sadly there’s no Kindle ebook version. 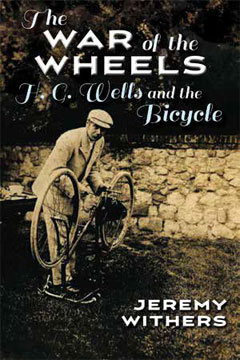 This blog post has now been superseded by my new book on H. G. Wells in the Potteries, where it is expanded and referenced. 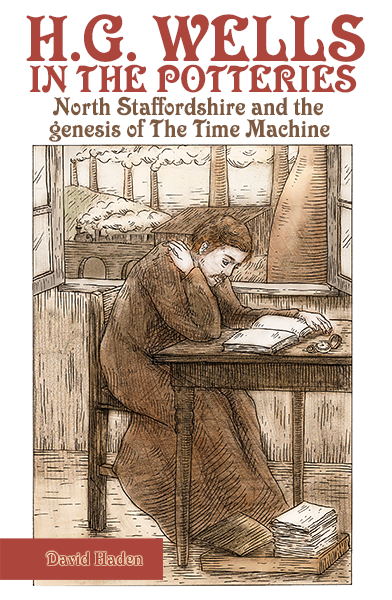 Art and the beauty of the earth : a lecture delivered at Burslem Town Hall on October 13, 1881, by William Morris to the Burslem School of Art. 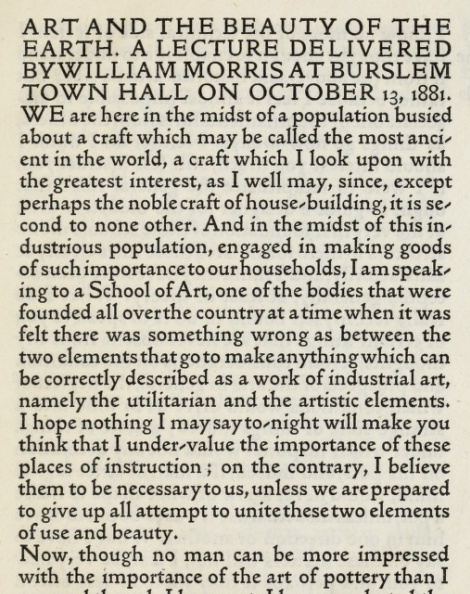 An early bronze-age urn, recently found in the Staffordshire Moorlands, has been restored and is set for display in Stoke-on-Trent… 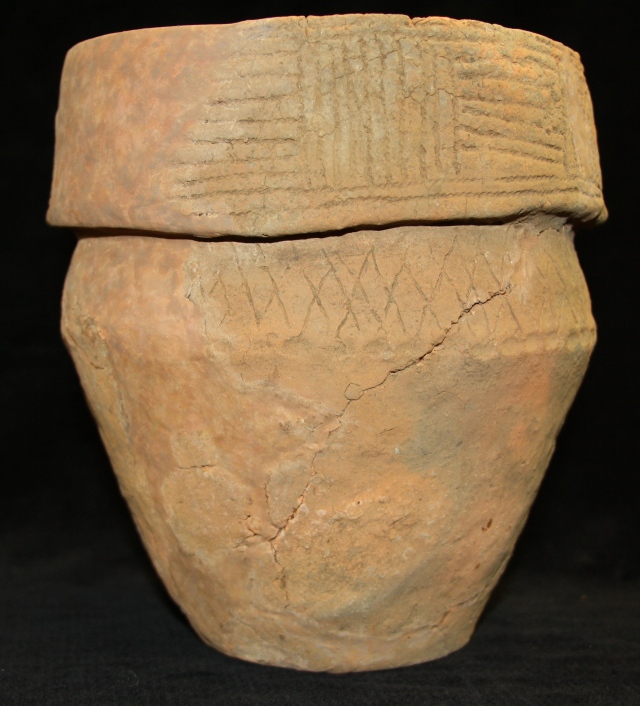 Some early Etruria characters, extracted from the reminiscence “The Land of Pots” in TITAN: A Monthly Magazine, 1859.

William Theed, another gifted artist and most amiable man, for a long time devoted all his talents to the improvements at Etruria. He lived rent-free in one of the cottages on the Basford bank, and was married to a charming little French woman, whose foreign manners and broken English seemed out of place in that dull smoky land.

Among the chemists [in the early days at Etruria] were Leslie, long professor in the University of Edinburgh, who is described as fat and ugly, yet, like many a hideous mortal, intensely vain of his person; and Chisholm, a worthy old bachelor, who worked out the ideas and suggestions of others.

In fact, Etruria soon became the resort of scientific men, among whom was Sir James Hall, the father of Basil Ball, and a great oddity.

For a long time there was no church or chapel at Etruria, and those who could not or would not go to Stoke or Hanley to hear the gospel, were addressed by a working potter, a Wesleyan who roamed from place to place carrying a lantern under his coat to light him home at night.

Canals were the railroads of those days, and a person who lived for many years in Etruria remember seeing the red jackets [soldiers], and hearing the shrill note of the bagpipes of the Highlanders, passing down on barges during the long war.

Walking by the sea at Penzance one day, Thomas Wedgwood [of Etruria] saw a boy picking up seaweed and rock plants. He spoke to him, and was so pleased with his answers, that he undertook to secure for him an education which should develop his latent capacities. He wrote in his behalf to Dr. Beddoes … The Doctor received [Humphry] Davy as assistant at Clifton, and Mr Wedgwood supplied the necessary funds.1

(No Davy Lamp would have meant no deep coal mining, thus no industrial revolution that lasted, and thus no modern world… )

“What were the benefits conferred on Davy by the Wedgwoods [in Cornwall in winter 1797, for their health] is not stated; but he certainly did not owe to them his [initial] introduction to Beddoes. That was due to Davies Giddy…” 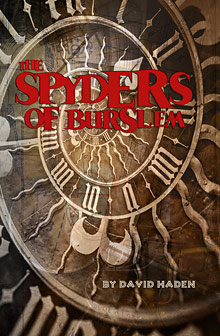 The Spyders of Burslem
Create a free website or blog at WordPress.com.